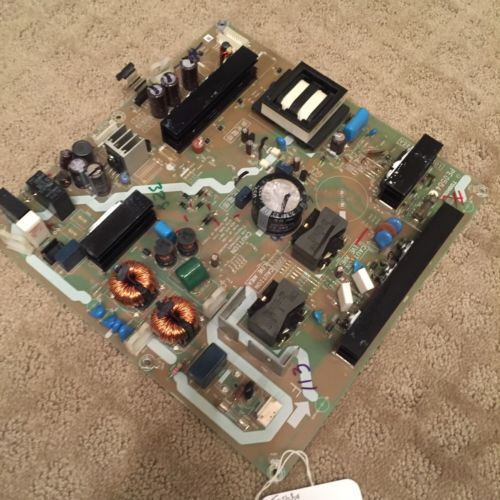 The Toshiba 2010 G300 LCD television series, available in three sizes, is backlit with a 1080-pixel screen and refreshes at the rate of 120 Hertz. In 2012, Toshiba launched its LCD/LED 3D TV Series, which are edge lit with passive 3D graphics at the rate of its Cinespeed processor. Compare Toshiba TV boards, parts, and components on eBay where you can shop with confidence and ease.

How do you choose Toshiba TV boards, parts, and components?

When you choose Toshiba TV parts, boards, and components, consider the year, size, and model number of your Toshiba television set. You should check the manufacturers instructions to make sure you are getting the right part for your TV. If you cant find the specific part you seek, you can query our resellers online. Not all their inventoried parts are listed online, so by messaging them, you could find the part you need.

What are Toshiba TV boards?

Toshiba TV boards are semiconductor circuit boards like the motherboard in a personal computer. The Toshiba TV board, also referred to as the mainboard, LCD board, or power supply board, connects the power cord to the television circuitry. New, used, and refurbished Toshiba television boards are available by television size, model number, or part number on eBay.

What are Toshiba TV parts?

Toshiba television new, used, and refurbished electronic parts include LCD panels and their backlights, power regulators, sensor circuitry, and operating button circuitry. Toshiba television parts include random access memory, audio and voice processors, HDMI and analog processors, and associated switching circuitry. Active Toshiba parts include transistors, triode vacuum tubes, and tunnel diodes. Active parts inject electricity into a circuit, and they perform as oscillators to activate the liquid crystals within your LCD panel and produce the picture on your television screen. Sound is produced by an amplifier chip to your speaker.

What Toshiba components are available?

Toshiba new, used, and refurbished components are sold by model number, part type, and part number on eBay for affordable prices. You can choose from: