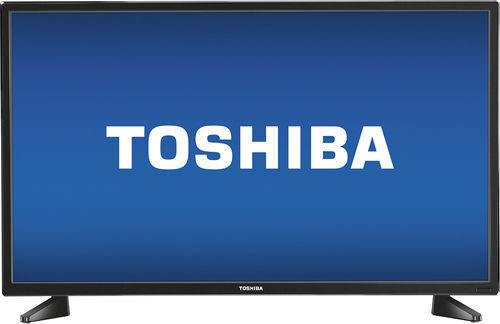 Toshiba delivers a means of watching sports, entertainment, news, and other choices on a large-screen home unit. Rear projection TV technology not only affords solid sound and picture quality, but the various releases come with a multitude of features.

What is meant by rear projection?

A rear projection TV is one that employs a specific type of technological design to create a large-screen image. The inside of the Toshiba TV houses a projector. The projector then sends a beam of light to the screen of the TV. The light beam creates the ultra-large video image viewers watch. This technological concept really isnt much different than how a projector works in a movie theater.

What sizes do these rear projection TV units come in?

Rear projection creates oversized images for large-screen viewing. So, these TV sets commonly range in size from 50 inches to 60 inches. The design and construction of such a Toshiba TV maintain an emphasis on ergonomics. As such, the Toshiba model can fit into several different rooms in a home.

Are there unique features associated with a Toshiba model?

Yes, several unique features are integrated into a rear projection TV produced by Toshiba. The features not only support audio and video performance, but they provide additional functions for owners to use. Features found in several models include:

How is audio integrated into a Toshiba rear projection unit?