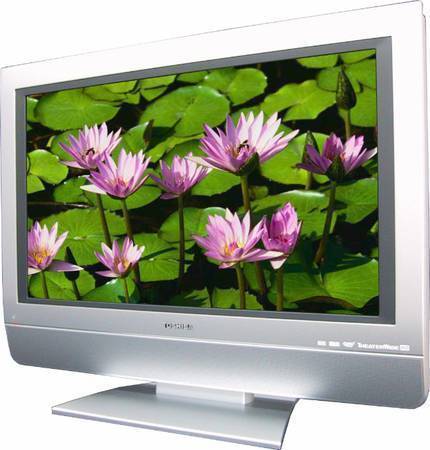 Watch Your Favorites With Toshiba 20-inch and 29-inch Televisions

Toshiba is a worldwide electronics manufacturer. They have a long history of producing TVs that offer various options, including, high definition, different displays, and different aspect ratios. If you are considering a new addition to your home theater, Toshiba may have a television for you to watch your favorite shows.

What is the difference between standard definition and high definition?

Toshiba HDTVs (or high definition televisions) offer a higher resolution than a standard TV. This results in a picture that is more detailed and more vibrant than traditional, standard definition. HDTV is broadcast in a widescreen and is considered better than standard TV because of the high quality of digital broadcasting available.

Most productions are broadcast in high definition, though SD TVs will also work, the content is made specifically for view on an HDTV with other HDTV hardware. To view HDTV, an HDTV tuner is required to see the most detailed format at 1080i. Some types of HDTV may include:

What is an LCD screen?

A Liquid Crystal Display screen is a type of electronic display that uses liquid crystals to display an image. Toshiba produces many LCD television models. These are used for a variety of electronic devices, including televisions. There are a few advantages of Toshiba LCD screens over other types of TV displays (light emitting diodes, etc.). These include efficiency, picture clarity, and durability.

What is a tube TV?

Tube TV refers to television sets that have cathode ray tubes. This was the groundwork technology that the television was based on and is considered vintage today. Toshiba produced many of these throughout its history. These sets are still in use, though they are not widely made, by Toshiba or other manufacturers.

How do you pick a Toshiba TV?

There are various factors to consider when evaluating which Toshiba TV is the best option for you.

Which TVs are gaming system compatible?

TVs that are gaming system compatible have proper inputs for gaming hardware. Older video game consoles use the three colored audiovisual wire scheme. These TV needs to have corresponding ports to accept them in order to be compatible. Other consoles connect to the TV via an HDMI cable. The TV must have an HDMI port for the cable in order to work with the console.