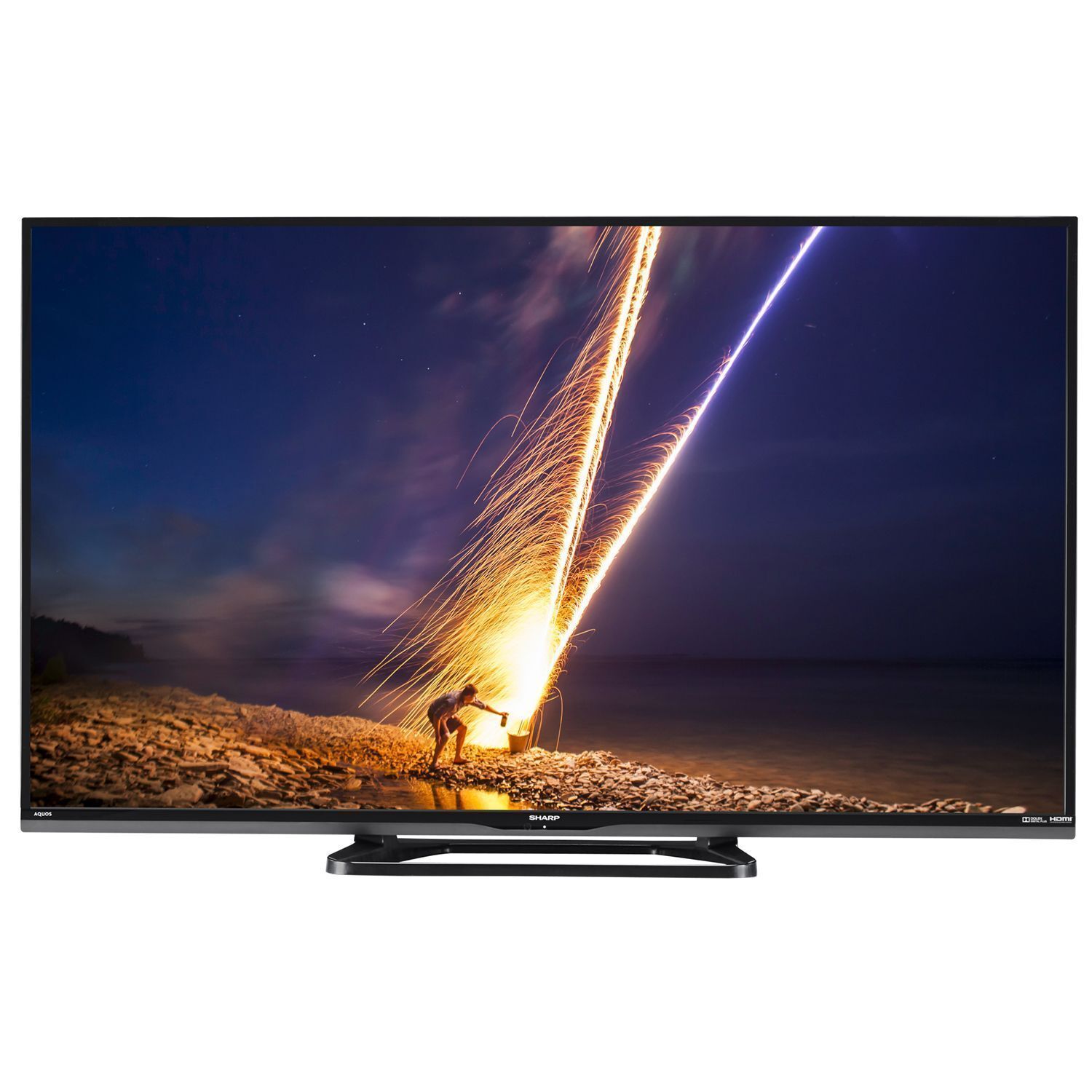 Whether you want to watch the daily news, a weekly drama series, or sports, having a large television can make it easier to catch all of the action. Sharp manufacturers a variety of types of TVs; many of them fall within the 40 to 49-inch range.

What type of image quality is available?

Depending on when a TV was built, it could utilize different technology in its display. This technology can affect the quality of the image. There are few different categories of TVs out there:

What are smart TVs?

These devices are capable of connecting to the internet on their own. They typically have both an Ethernet port and Wi-Fi capabilities, so you can choose whether you would like to use a wired or a wireless connection. A wireless connection is usually sufficient to stream shows from the internet, including through programs like Roku. However, when streaming 4K content or playing high-resolution video games, you may want to go with the wired option, because it has fast transmission rates. Some smart TVs may come with web browsers, voice-activated search programs, cameras to be used for video chatting, and Bluetooth receivers. They usually come with HDMI inputs and USB ports.

What does HDR mean?

HDR stands for High Dynamic Range. It is a photographic term that describes the range of whites and blacks. With a greater range in a photograph, you can achieve greater contrast, creating a more vivid image. With TV screens, contrast also matters. When the whites are brighter and the blacks are darker, there are more color nuances that can be captured. As a result, the image can appear to be more lifelike, as if it is right in front of you.

What is an LED LCD TV?

LED refers to the way a screen is illuminated, as LED stands for light emitting diode. LCD refers to the liquid crystal display that is used to display various images. LED TVs are a type of LCD system, and many devices use this technology because LEDs are small and energy-efficient.

Content provided for informational purposes only. eBay is not affiliated with or endorsed by Sharp.