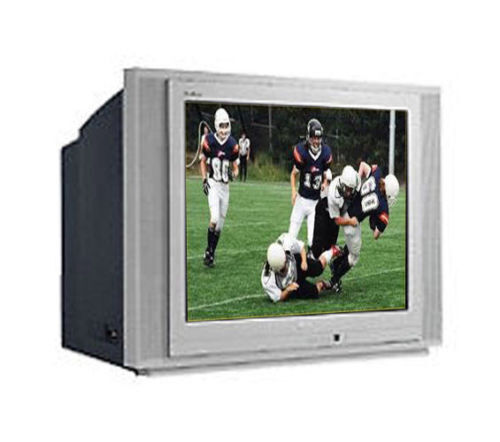 RCA was one of the first companies to produce televisions, and its CRT televisions allowed many Americans to see television, both in color or black and white, for the very first time. The hum and crackle of a classic CRT is a warm memory to many, including gamers. Many older game systems were built with CRT televisions in mind and some are only compatible with CRT TVs.

Why should you consider an RCA CRT TV?

RCA was one of the largest and most reputable CRT manufacturers in the United States. Its CRT TVs offer a classic experience. They can be hooked up to old game systems and even some new systems provided you have an adapter. They can also be used to watch television through a more traditional lens. There are few viewing experiences quite like the hum of the scan lines and the genuine, unprocessed image you get with an RCA CRT.

What can a CRT TV be used for?

There are many ways you can use this type of TV, from gaming to just watching your favorite shows or picking up local stations.

How does CRT work?

CRT stands for Cathode Ray Tube, and thats the mechanism that allows them to work. These are vacuum tubes that contain electron guns which fire at the phosphorescent screen to display an image. In a TV, the electron guns fire in a pattern covering the whole screen between 50 and 100 times per second in order to output an image at as many frames per second.

Theyre constructed from a long, thick glass envelope thats had almost all the air removed from it. This makes them seem somewhat cubic and quite heavy, although all of that space and weight is used to deliver images directly to the screen without issue.

Content provided for informational purposes only. eBay is not affiliated with or endorsed by RCA.