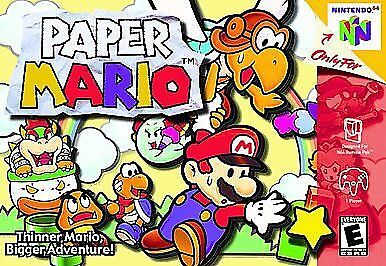 The Nintendo 64, or N64, was one of the first consoles ever released that could produce 3-D graphics. It utilized a variety of graphical processors and software that made this change possible. Knowing more about these systems and what games are available can help you make a wise selection.

Nintendo has strict policies to control what kind of content appears in their games. This policy includes limiting the amount of blood and violence showcased in each title. They also manage displays of sexual content. While some games may have some of these elements, titles are given a rating that details what audience the game is appropriate for.

Are party or multiplayer games available on the N64?

The Nintendo 64 comes with four controller ports to support up to four players at once. Nintendo produced a variety of games designed for multiple players, such as Mario Kart 64 and Super Smash Bros. These games include a variety of characters from Nintendos gaming universe, such as Donkey Kong, Mario, Luigi, Princess Peach, Toad, Zelda, Link, and more.

Is a memory card needed to save game files?

The N64 includes an accessory that adds memory to the system. This process is done via a slot built into the rear of the controller. However, many games include internal memory where files can be saved. Only a handful of games require the memory expansion, which is called the Controller Pak. Games like Super Mario 64, Goldeneye, and StarFox 64, are capable of storing their own save files.

How do you clean N64 games?Can the N64 play on flat-screen televisions?

The N64 was designed to work with older televisions and has adapters designed for those models. As a result, they may not work with flat-screen TVs without using a separate adapter. These adapters hook up to your television and attach to the wires on the Nintendo 64.

These items usually have three AV cables and S-video cables that hook up to your system and flat-screen television. They will carry the audio and visual signal from your N64 to your TV and let you play games. However, the image may appear flat or stretched with the standard flat-screen display options. Adjusting the display settings to full screen should fix this issue.

Content provided for informational purposes only. eBay is not affiliated with or endorsed by Nintendo.