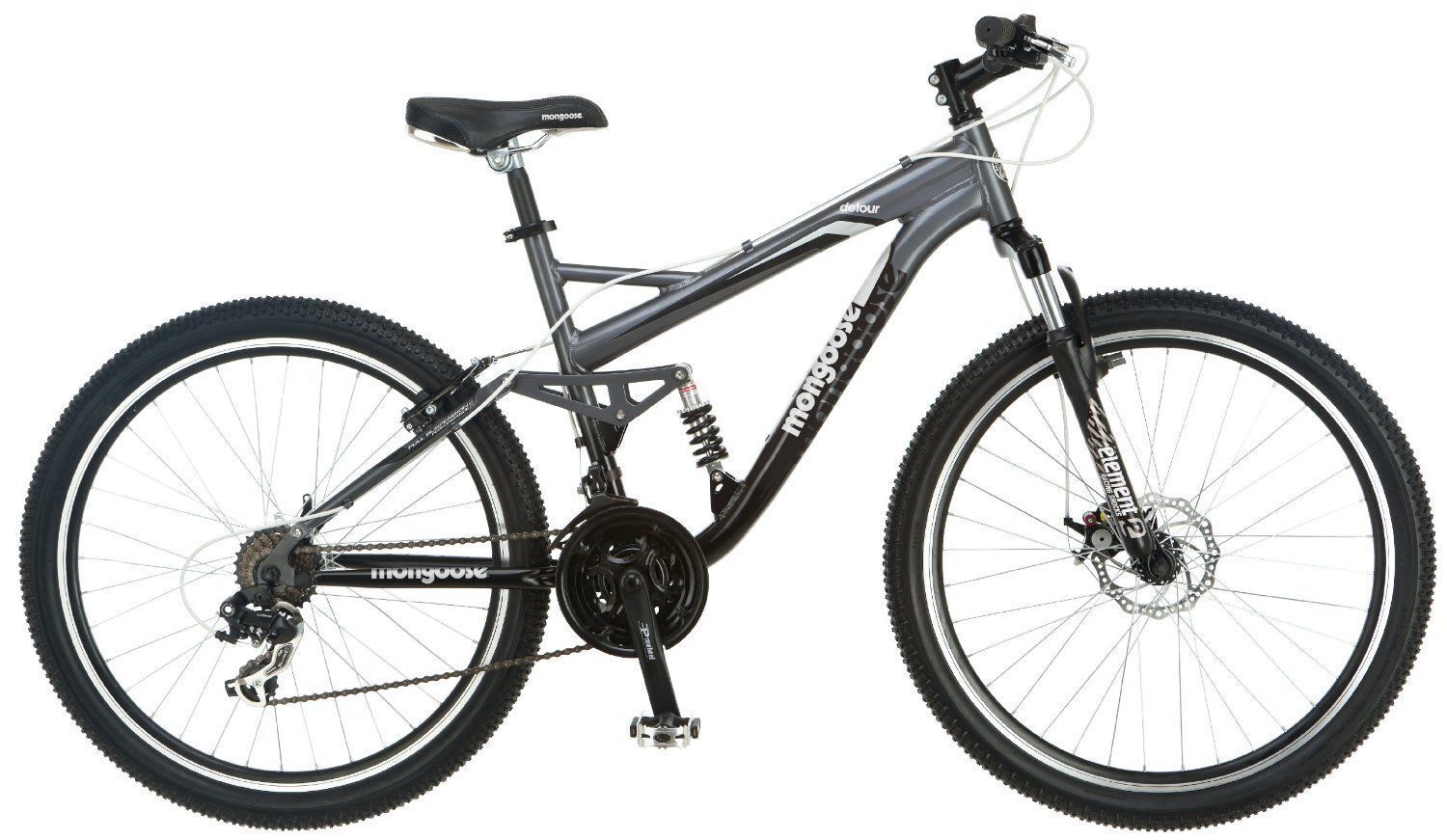 When youre ready to hit the road, Mongoose offers a wide selection of bicycles in styles to suit men, women, boys, and girls and made to accommodate different skill levels and various riding experiences. Some Mongoose bicycles are designed for flat terrain while others are produced for rough trails. When choosing a used Mongoose bike on eBay, determine when and where youll be riding for your lifestyle fit.

What types of bikes does Mongoose make?

Mongoose manufactures models of bicycles for kids and adults of all ages that are built for activities such as cruising, going off trail, or riding on the beach as well as trick bikes. Some models are:

Does Mongoose manufacture any mountain bikes?

What features does the Mongoose Deception have?

The Mongoose Deception is a mountain bike that comes with an assortment of features, such as a frame composed of aluminum and front SRAM grip shifters. The front fork of this bike has a shock absorber that creates stability by reducing some of the quakes when you encounter an uneven trail. If you want to change speeds during your ride, you have 21 different gears to choose from. The Mongoose Deception also has an adjustable handlebar that adds comfort to your ride.

What is a single-speed bike?

A single-speed bike does not come with shifting gears and can be used for both children and adults. Instead of having the option of switching gears to change speeds as you would on a hybrid or mountain bike, you can change your speed in other ways, such as adjusting the position of your body or changing the rate at which you are pedaling. Most Mongoose single-speed bikes, such as the Mongoose 700C or the 20-inch Mongoose Brawler Freestyle, are urban/road bikes.

Content provided for informational purposes only. eBay is not affiliated with or endorsed by Mongoose.