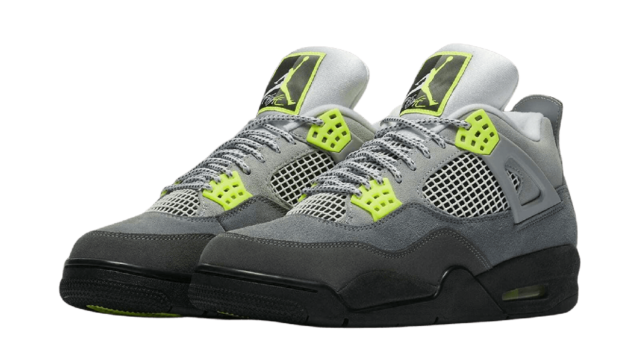 On May 7, 1989, the world witnessed "The Shot," an impossible feat for anyone other than His Airness. Michael Jordan pulled off this legendary buzzer-beater with assistance from his Black Cement Air Jordan 4s. It was MJ's fifth year in the league and a brilliant display of his growing dominance as a superstar.

The same could be said for Tinker Hatfield, the lead designer for the Air Jordan line. After the tremendous success of the Air Jordan 3, Hatfield had his work cut out for him. Coming on the heels of one of the most popular sneaker designs ever, did he dare mess with the formula? He opted to keep the overall design similar to its predecessor but boosted the performance features.

The Shot Seen Around the World

That famous buzzer-beater from the 1989 NBA Playoffs added to the mystique of the Air Jordan 4. With three seconds left on the clock, the fate of the Bulls/Cavs series would be decided by Michael Jordan. For a moment, time stood still as MJ launched the ball over Craig Ehlo, and it soared across the court before falling through the net to the loud echo of the buzzer in the arena.

There was an iconic image of Jordan jumping in the air, his Air Jordan 4s lifting off the glossy court. This would be the first of many game-winning shots and the Bulls' first real shot to be championship contenders. It was also Jordan's best statistical season overall—where he averaged 32.5 points, eight rebounds and eight assists. 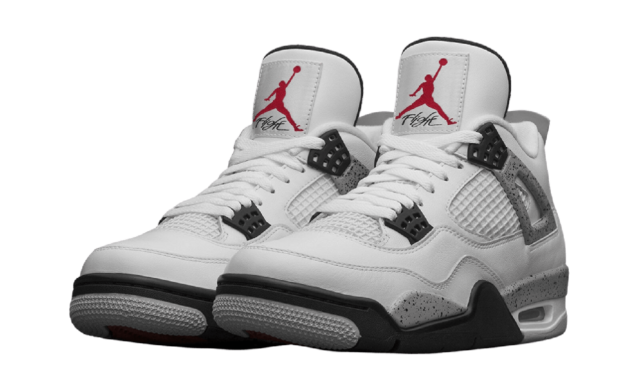 Amid all the hoopla surrounding the AJ 4 was an ad campaign featuring Michael Jordan and Mars Blackmon, a fictional superfan played by filmmaker Spike Lee. In Lee's 1989 film, Do the Right Thing, a sample pair of Air Jordan 4s makes an appearance in the White Cement colorway worn by Giancarlo Esposito's character, Buggin' Out. That would not be the Air Jordan's last appearance in a Spike Lee production. 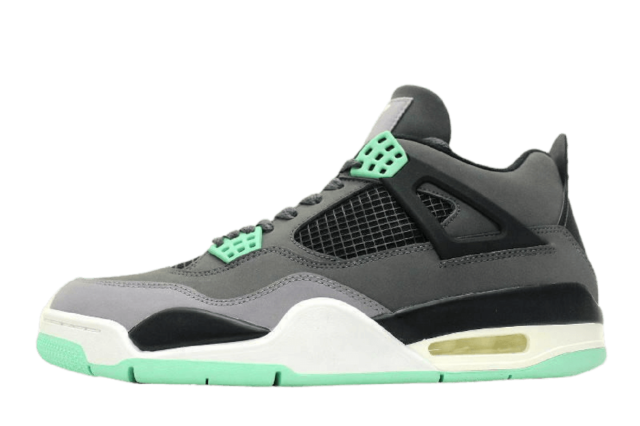 The Air Jordan 4 originally released in 1989 in four colorways, echoing the Air Jordan 3's original releases—White Cement, Fire Red, Bred and Military Blue. It's worth noting that nicknames weren't always initially placed on Air Jordan styles, and often were appointed later by the sneaker community. The black and red "Bred" colorway also introduced the first use of soft Nubuck leather on an Air Jordan and would become a go-to material in many future models. 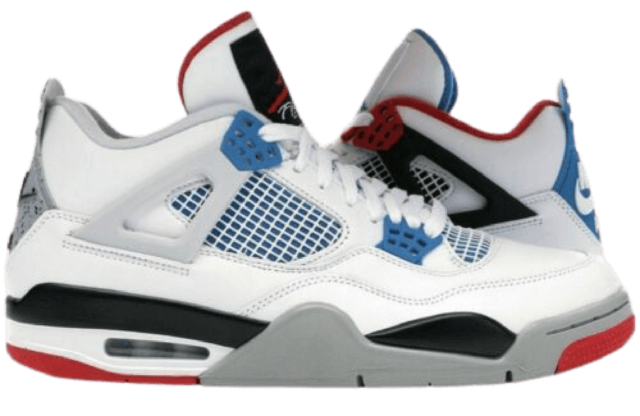