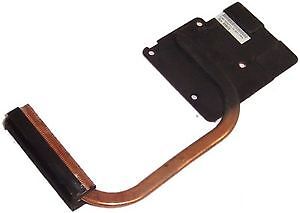 The CPU and the GPU are the brains of the computer, located on a motherboard, they keep everything running smoothly. Although most people dont know the GPU as well as the CPU, it is imperative to having a computer that can adequately process graphics. The GPU, which stands for graphics processing unit, is especially important for those who wish to play the latest games on the market, especially those that are more graphics-intensive. Its important to ensure the GPU is functioning correctly, and one part of this is the GPU heatsink. The GPU heatsink helps with the cooling, which keeps the GPU at a safe thermal temperature using a fan or liquid, which is absolutely imperative, both for performance and the longevity of the computer.

Why Do I Need a GPU Cooling Heatsink?

Whether you are doing an upgrade or building a personal computer from the ground up, the temperature of the GPU and graphics card is an important element to consider.

Which GPU Do I Need?

While a computer or laptop GPU and a graphics card are technically different—the GPU is the chip on the graphics card or video card—they are difficult to separate and considered a single component. Therefore, when shopping for a GPU, most people will opt to simply buy a graphics card or a video card, which already has a GPU in it.

Which Type of GPU Heatsink Do I Need?

When it comes to keeping the GPU cool, you must decide which type of cooler system to use, whether water-cooled, air-cooled using a blower, or a custom cooler design.