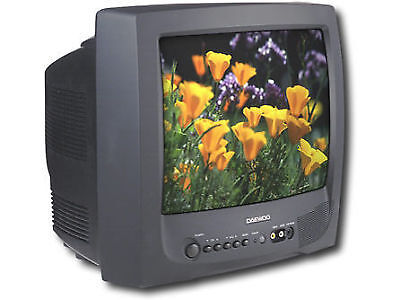 What Can I Use a CRT TV For?

Daewoo Cathode Ray Tube TVs, or CRT TV sets, have been around for a long time. Although audio-visual technology has progressed a lot since the days of these TVs, Daewoo TVs, manufactured by South Korean manufacturer Daewoo Electronics Co. Ltd., still provides good sound and picture quality. Known as box TVs, these color TVs are especially useful for retro gaming.

What are Some of the Differences Between the Various Daewoo Television Models?

What Features Can I Expect on a Daewoo TV?

How Does a CRT Television Differ from an LCD Television?

LCD and LED televisions are modern versions of the box television with much more advanced electronics and a lot of added functionality. Some points to consider are:

Content provided for informational purposes only. eBay is not affiliated with or endorsed by Daewoo.