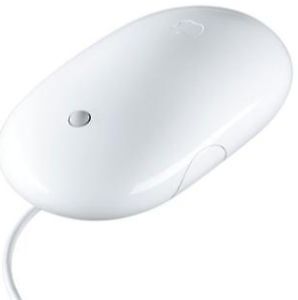 The computer mouse is an essential device for using any computer. Many different companies manufacture mice in a variety of styles. The decision of what mouse to use comes down to personal preference, comfort, features, and the aesthetic aspect of matching the mouse with the brand of computer you own, such as with an Apple iMac or MacBook.

What are the advantages of wired mice?

Wired mice have certain advantages over wireless mice. The most obvious advantage is that wired mice do not need a battery. This means the mouse will not become useless to the user until a dead battery can be replaced. It is also harder for wired mice to be damaged in a fall or get lost than it is for wireless mice. With a wired mouse, users rarely have to deal with lost connectivity.

What components make up wired mice?

Wired mice are connected to a device via a cord. Almost all of them have a scroll bar in the center of the mouse for easy scrolling. Some scroll bars allow for simple up and down scrolling while others have full 360-degree scrolling capability. Most have distinct right and left mouse buttons while others have only one physical button on top of the mouse. If the mouse only has one button, there is almost always a sensor underneath that detects which side of the mouse is being clicked. This allows the user to right-click and left-click normally. Wired mice often have a laser sensor on the bottom that senses physical movement and moves the cursor seamlessly on the screen in response. Some instead come with a trackball, which functions in much the same way.

Wired gaming mice can have an additional button between the right and left buttons. This button can often be assigned to do a repetitive task in a game or other program.

What devices can they be used with?

Wired mice can be used with any computer or device that has the required port, which is usually a standard USB port. This includes laptops, desktops, and tablets made by nearly every computer hardware manufacturer. They can be used in lieu of a laptops trackpad. They are not limited in use to a certain brand. There is nothing restricting an Apple mouse from being used with a machine running Windows. However, to use any mouse on an Apple computer, that mouse needs to be compatible with Mac OS.

What other features do wired mice have?

Some wired mice have features beyond the basic offerings that other computer mice have: