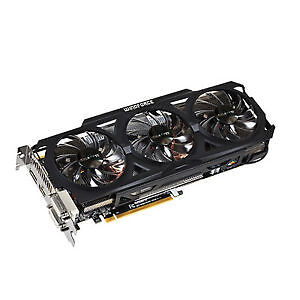 AMD, or Advanced Micro Devices, is a technology company that specializes in the production of dedicated graphics cards. A dedicated graphics card can draw from its own pool of memory instead of sharing resources with the main system RAM. Cards with 2GB of memory can store larger amounts of graphical assets for video games or for visually demanding programs.

What determines the bandwidth of the memory?

The bandwidth is listed as the number of megabytes per second the memory can transfer data. This is generally determined by the type of memory you are using. The main type of graphics memory is known as GDDR, or graphics double data rate. As the name implies, GDDR uses various methods to double the data transfer rate of the memory. There are five generations of GDDR technology. Even if all other factors remain the same, each generation of GDDR memory is faster than the one before it.

What architecture are these AMD graphics cards based on?

Most AMD graphics cards are based on either the TeraScale or the GCN architecture. TeraScale, which is used in certain Radeon HD cards, introduces an effect called hardware tessellation, which is a method of dividing up polygons and making them appear more detailed or less detailed based on the needs of the program. GCN, which covers multiple Radeon series over five generations, focuses on general processing power, which means the GPU can handle tasks normally reserved for the CPU. The specifications of these graphics cards can vary widely, even if they share a similar architecture. Here are a few factors you should consider:

What is an API with a graphics card?

API, which stands for application programming interface, is used by developers to build software. If a program requires a particular API to run, then the graphics card must support it as well. One example is that certain video games require Microsoft Direct3D to render graphics.

What type of interface are AMD graphics cards compatible with?

Most AMD graphics cards connect with the motherboard through the PCI Express interface. There are four different generations of PCI Express, but only three are used in basic commercial products. Each new generation is backwards compatible with the generations before it. Another important factor is the number of data lanes the interface has. There are potentially up to 32 different lanes and each one multiplies the data bandwidth. If the base transfer rate is 500 megabytes per second, then a x4 interface would have an actual transfer rate of 2 gigabytes per second.

Content provided for informational purposes only. eBay is not affiliated with or endorsed by AMD.